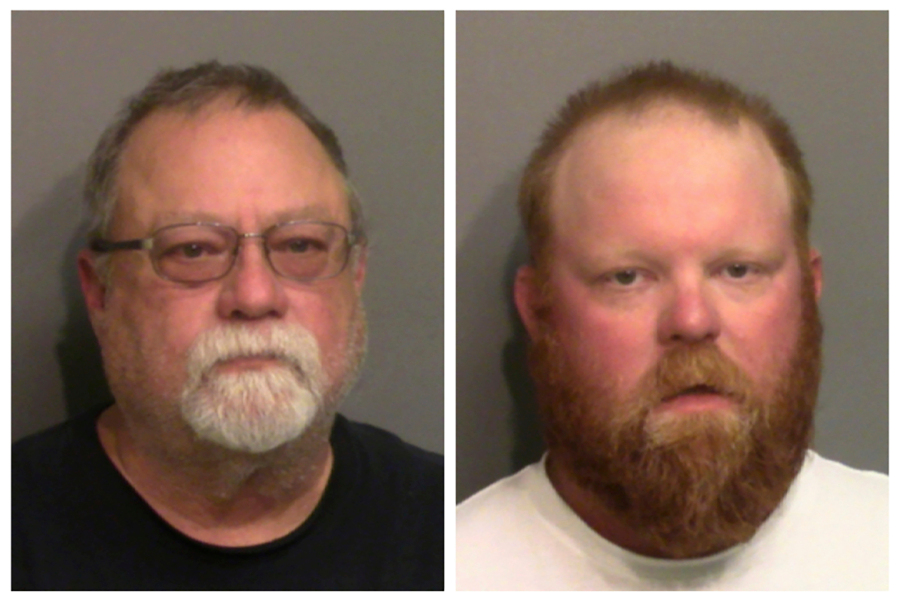 BRUNSWICK, Ga. (AP) — A Georgia judge is scheduled to consider bond requests by a father and son jailed on murder charges in the February shooting of Ahmaud Arbery.

Gregory McMichael and his adult son, Travis McMichael, were to appear Thursday morning before Superior Court Judge Timothy Walmsley. They also have asked the judge to reject two of the counts against them, including malice murder, saying they were charged in a legally flawed indictment.

The McMichaels have been jailed since their arrests in May, more than two months after Arbery was slain. The McMichaels, who are white, chased and fatally shot the 25-year-old Black man after they spotted him running in their neighborhood just outside the port city of Brunswick.ADVERTISEMENT

The killing stirred a national outcry in a year marked by protests over racial injustice. An investigator testified previously that a third defendant, who took cellphone video of the shooting, heard Travis McMichael, 34, utter a racial slur after he blasted Arbery three times with a shotgun.

Defense attorneys for the McMichaels have denied any racist motives in the shooting. Right after the Feb. 23 shooting, Gregory McMichael told police that he and his son armed themselves and got in a pickup truck to pursue Arbery because they suspected he was a burglar.

They weren’t arrested until the cellphone video of the shooting leaked online and the Georgia Bureau of Investigation took over the case. Prosecutors say Arbery was merely out jogging.

The video shows the truck stopping in the middle of a residential street and Travis McMichael getting out before Arbery tries to run around the vehicle. Arbery can be seen grappling with Travis McMichael over the shotgun and punching him before being shot at point-blank range.

Travis McMichael’s attorneys, Robert Rubin and Jason Sheffield, wrote in court documents requesting bond that he lives with his parents, has a 3-year-old son and doesn’t have a passport. They cited his past service as a U.S. Coast Guard machine technician as proof of his character.

“In no way, shape or form is Travis hateful towards any group of people, nor does he look down on anyone based on race, religion or beliefs,” Curt Hall, a former Coast Guard roommate of Travis McMichael who described himself as “multiracial,” wrote in a letter supporting bond for his friend.

Gregory McMichael, 64, is a retired investigator for the Brunswick Judicial Circuit district attorney’s office and a former Glynn County police officer. His lawyers said in a legal filing that they plan to present evidence in court to show why he should be freed on bond.

The McMichaels’ attorneys are also asking the judge to reject the indictment’s malice murder charge, saying it was written in a way that improperly “charges two crimes in one count.” They made a similar argument for tossing out a charge of criminal attempt to commit false imprisonment.

Bryan was previously denied bond. His attorney has argued in court motions that the entire indictment should be dismissed.